Federal law revisions that took effect in 2018 change how income from alimony (known as spousal maintenance in Arizona) is treated for tax purposes. The revisions apply to all divorces and separations concluded after January 1, 2019.

Taxation of Alimony in Arizona After Jan 2019

Under prior law, the person receiving alimony paid income tax on the income and the person paying alimony was entitled to a deduction. This arrangement benefitted both parties because the payer — typically the higher income-earner — reduced his taxable income and the recipient, though taxed on the alimony, paid in a lower bracket. But the Tax Cuts and Jobs Act of 2017 (TCJA) eliminated the tax on alimony as well as the deduction. The effect of this change is to put a significant new tax bite on payers without appreciably improving the tax savings for recipients.

But without the deduction, the paying spouse will likely be put in a higher tax bracket, meaning that he will pay proportionately more alimony out of pocket. At the same time, recipients will suffer a net loss in alimony due to having the payments taxed as income. Even the incremental savings they may reap from a general reduction of their overall incomes tax rates under the TCJA may not meaningfully make up for that loss. The end result would be to lower the surplus between alimony paid and received.

Is Alimony Taxable in Arizona 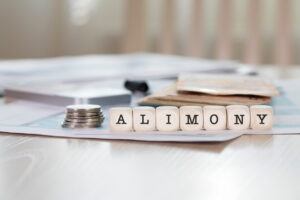 For those whose divorces or separations were concluded in 2018 or earlier, alimony payments are still deductible for the paying spouse and are considered taxable income for the recipient. If modifications are made to spousal support payments in 2019 or later, the new law only applies if the parties specify in the modification agreement that it should apply.

If you have questions about spousal support or another family law matter, Clark & Schloss Family Law, P.C. offers a free consultation at our Scottsdale offices.  Call us at 602-789-3497 or contact us online.