Can Third Parties Be Awarded Child Custody or Visitation in Arizona? 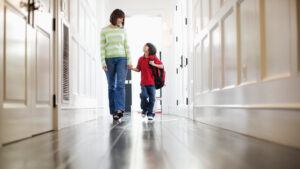 In Arizona child custody cases, the law creates a rebuttable presumption that awarding legal decision-making authority to one or both of the parents best serves the child’s physical, psychological and emotional needs. This is a difficult presumption to overcome. But there are certain circumstances where the law allows a third party, such as a grandparent, aunt, uncle or other close acquaintance, to seek custody of or visitation with a child.

Can Third Parties Be Awarded Child Custody or Visitation in Arizona?

How Third Parties Be Awarded Child Custody in Arizona

A third party may seek legal decision-making authority or parenting time with the child if the following are true:

How Third Parties Be Awarded Visitation Rights in Arizona

It is somewhat easier in Arizona for a third party to be granted visitation rights. Any of the following facts, if established, will support a petition:

Whether you are seeking custody or visitation as a third party, it is important to retain a skilled child custody attorney for assistance.

The attorneys at Clark & Schloss Family Law, P.C. in Scottsdale, Arizona are experienced advocates on behalf of family members and other people seeking third-party custody and visitation rights. For a free consultation, call us at 602-789-3497 or contact us online.