How Retirement Benefits Are Divided in a Divorce 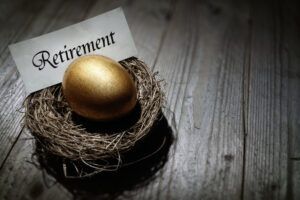 Arizona is a community property state, where all assets acquired during a marriage are generally considered the joint property of both spouses, to be divided equally upon divorce. That concept may seem pretty straightforward, but some assets present troublesome wrinkles. Retirement and pension accounts, for example, are properties for which mishandled division can have potentially serious consequences.

Although retirement benefits accrued or invested by married people generally are community property, part of your retirement plan or that of your spouse may be considered separate property to the extent contributions or accruals in value occurred prior to the marriage. So if you have been married for 10 years and opened a retirement account 15 years ago, the first five years of value increases will be considered separate property not subject to division upon divorce.

Further difficulties can arise with retirement plans, including 401(k) accounts, that are governed by the federal Employee Retirement Income Security Act (ERISA). These require a special court order to divide them, known as a qualified domestic relations order. A QDRO is necessary to supersede a spouse’s status as a named beneficiary in an ERISA plan. The order is “qualified” if its terms are accepted by the retirement plan. A divorce decree alone is not enough. Without a QDRO, the plan could, upon the plan participant’s death, distribute the full balance of the account to the former spouse.

While a QDRO also can be used to divide non-ERISA accounts, such as IRAs, Roth IRAs and brokerage accounts, it is not required. You can typically submit a form accompanied by your divorce decree to the financial institution maintaining the account, outlining how the funds are to be distributed.

Both ERISA and non-ERISA accounts can be divided up using a method known as “present day valuation buy out.” This includes determining whether funds borrowed against or withdrawn from the account were used for a community purpose, such as home improvement. If not, those funds will reduce the share of the spouse that took them. There can also be tax consequences for these transactions, which would further affect the division of the account.

This is just one example of the complexity of dividing certain assets in a divorce, even in a community property state, and the importance of consulting an Arizona attorney with family law experience. If you are contemplating divorce or have questions about property division or other issues, contact Clark & Schloss Family Law, P.C. for a free consultation at our Scottsdale office. You can reach us by phone at 602-789-3497 or contact us online.