Who Has the Final Say in Joint Legal Child Custody in Arizona?

In Arizona, when parents have joint legal custody, final say resides with “both” parents to agree on major decisions regarding their children. Only when one parent is given sole authority can they make decisions without the other parent. 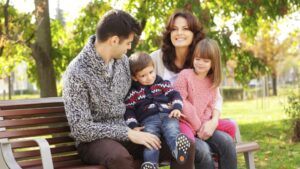 types of legal custody of children after a divorce. One parent may be vested with sole authority to make important decisions affecting the child’s welfare, without having to consult with the other parent. Or there may be a joint legal decision-making arrangement, in which both parents share the rights and responsibilities.

Joint legal decision-making is generally favored by the Arizona courts, since children usually benefit from having both parents involved in their upbringing. The parents must converse with one another and come to agreement on such matters as the child’s education, religious affiliation, healthcare, travel and social activities. Neither parent’s rights are superior except as set forth by the court in the final divorce judgment. Absent that specification, the parents must discuss major decisions and agree on the outcomes.

But what happens if neither parent is given greater authority and the parents cannot agree? For example, one parent may want the child to go to a certain school, which that parent feels would give the child a better education. The other parent disagrees with the choice, perhaps because the school has a religious orientation. Who gets the final word?

Who Gets Final Decision Making Authority in Arizona?

In such a case, the parents may need to go back to court to resolve the matter. However, the court will not make a specific decision on the disputed issue. Instead, it will assign the final say in the matter to the parent it feels is best able to make the decision in the best interests of the child. So in this example, the court will not decide which school the child should go to, but it may give final decision-making authority in educational matters to the parent that the court feels is most competent.

Joint legal decision-making is the most common type of legal custody and is generally awarded in a divorce unless the court finds that one parent is unfit to make decisions for the child. The shared arrangement forces parents to discuss and agree upon decisions with the child’s best interests in mind, risking loss of the right to participate in decisions if disputes end up going back to court. In such a situation, it is important to have the assistance of a knowledgeable child custody attorney.

If you need assistance with your child custody arrangements or other divorce-related matters, the experienced attorneys at Clark & Schloss Family Law, P.C. in Scottsdale, Arizona can help. For a free consultation, call us at 602-789-3497 or contact us online.